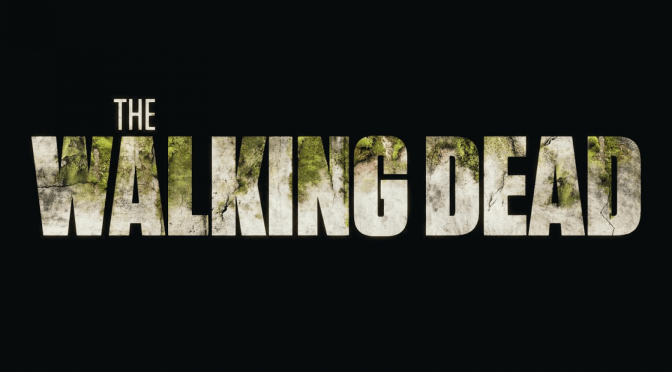 Wow – I cannot believe that the FINAL episode of The Walking Dead is upon us. I remember watching the very first episode some ten years ago on the recommendation of a friend and it fast became my favourite TV series of all time.

I even got my husband into it and when I watched the first episode (again) with him, I felt jealous that he was able to watch all the episodes for the first time.

I have lost count of the amount of times I have watched this episode. It really is the perfect start to the Walking Dead, from the little girl walker, to meeting Morgan, our first encounter with a herd and the epic ending of Rick being trapped in the tank and the immortal words from Glen: “Hey you! Dumbass! Yeah, you in the tank. Cozy in there?”

It also gave us the iconic image of Rick riding horseback into Atlanta.

An episode that highlights the fact that you do not need to be bitten to turn into a walker. When they find Randall and he has turned, they cannot find any bitemarks or scratches and of course, when Rick kills Shane with a knife, he reanimates and it is up to Carl to shoot him and put him down, unfortunately this draws the attention of a nearby herd…

Hard hitting episode with the demise of Shane, but there is also a heart warming scene between Rick and Carl about morality as Carl is feeling guilty about causing the death of Dale. Rick comforts Carl telling him that death is always inevitable and there is no way to prepare for it.

An episode that saw us losing two main characters: T-Dog and Lori.

The prison is overrun by walkers as somebody has broken the latch on the front gate of the prison and then to add to their misery, the prison alarm is set off, attracting more walkers.

T-Dog is bitten on the shoulder and he then heroically holds off the walkers to save Carol, but ends up being eaten alive. His body is found torn apart and ravaged.

Meanwhile, Lori goes into labour and Maggie has to do a Casarean. Lori dies during this procedure and Carl has to put his mother down before she turns, by shooting her in the head. Rick searched for Lori, hears a baby crying and when he sees that Lori is not with Carl, he assumes the worst and breaks down.

An episode that concentrated on the complex behaviour of Lizzie, whose obsession with the walkers was at best odd. She thought it was okay to kill people so they could live on as walkers and she kills Mika to prove her point, almost doing the same to Judith.

Carol and Tyreese decide that Lizzie is a danger and Carol has to put her down, saying the infamous line, “Just look at the flowers, Lizzie.”

At the end of Season 4, they are at the cannibal capital of the world, Terminus being held prisoner in a train car, but we have faith when Rick states, “They’re going to feel pretty stupid when they find out they’re screwing with the wrong people!”

They are taken to the human slaughterhouse, where the bludgeoning and throat slitting takes place. Rick stalls for time and they hear an explosion, Carol has set off a rocket into the gas bottles. They all escape and the group reunites, where Rick and Carl are overjoyed to see that Judith is still alive. (Lump in throat time).

The Day Will Come When You Won’t Be – Season 7, Episode 1

The build up to this episode was epic, with everybody asking the question, “Who did Negan kill?” There were many theories, many suggestions, but in this episode we found out that it was Abraham and Glenn. (I do feel that in future episodes it was always about Glenn, they seemed to forget that Abraham was the first one and Glenn only got killed because Daryl kicked off!)

Negan is played brilliantly by Jeffrey Dean Morgan as the psychotic but somehow charismatic leader of the Saviors. Rick is given the choice, either cut off Carl’s arm or watch his group get shot down. But at the last second Negan tells him, “You answer to me. You provide for me,” to which Rick agrees, thus setting up the rest of the season…

A disguised Alpha infiltrates the Kingdom’s community fair and after selecting her victims, they go missing, to later be found with their heads on pikes. The victims include Enid, Tara and Henry. Siddiq tells the remaining people how they put up a fight, as he witnessed it and managed to escape.

So, that’s my pick, there are other episodes that I simply adore, but if I listed them all then this blog would be far too long.

There will be a Walking Dead void in my life, but we have the spin offs to enjoy, hopefully they will be just as heart wrenching, amazing and gory as the TV series!!

At Heathrow Airport waiting to fly to Miami to catch #symphonyoftheseas for a week of cruising 🛳 blog to follow….
We were due to go to London for High Tea at The Savoy Hotel, but then we had the sad passing of HM The Queen, so we changed our plans and cancelled the tea and instead, went to London to pay our respects at the Procession of HM Queen's Coffin to Westminster Hall....
😂😂 hope she doesn’t miss her stop!!
Have a good one!
My little book corner - the bookcase is full of Enid Blyton books 📚
😂😄😃 At least it’s a good description!!
Join 787 other followers

At Heathrow Airport waiting to fly to Miami to catch #symphonyoftheseas for a week of cruising 🛳 blog to follow….
We were due to go to London for High Tea at The Savoy Hotel, but then we had the sad passing of HM The Queen, so we changed our plans and cancelled the tea and instead, went to London to pay our respects at the Procession of HM Queen's Coffin to Westminster Hall....
😂😂 hope she doesn’t miss her stop!!
Have a good one!
My little book corner - the bookcase is full of Enid Blyton books 📚
😂😄😃 At least it’s a good description!!

An Independent Non-Discriminatory Platform With No Religious, Political, Financial, or Social Affiliations